Forty-six years after the Prado Dam bicentennial mural was initially painted, the mural will be restored to its bright red, white and blue hues. Supporters celebrated the upcoming mural restoration at a groundbreaking event on Thursday September 8 at the mural site.

The project is made possible through partnerships with several government agencies and community groups, including the Bicentennial Freedom Mural Conservancy, Friends of the Prado Dam Mural, Riverside County Flood Control and Water Conservation District, Riverside County Regional Park & Open-Space District, and the U.S. Army Corps of Engineers. The beloved mural’s restoration will result in a new generation of supporters of the iconic Inland Empire landmark.

“One of my major goals as I entered office was to work restore this important mural,” said Supervisor Karen Spiegel, District 2, a key champion of the mural’s restoration. “I have witnessed the community, elected officials, and my hometown friends and family come together in this effort. To see the restoration realized will bring much pride to our region.”

Representative Ken Calvert, Congressional District 42, was also an instrumental leader in securing a path to the mural’s restoration.

“I was proud to secure $2.5 million to support this effort because as someone who was born and raised in this community, I understand the significance of the bicentennial mural to the residents in Corona and the Inland Empire," said Representative Calvert. “It is now my honor to celebrate this groundbreaking milestone, and I look forward to the completed restoration in the spring.”

The original Prado Dam mural spans 76,800 square feet and was completed in June 1976, by 30 high school students from Corona High School to celebrate our nation’s bicentennial. The bicentennial mural paint removal is slated for early fall by the U.S. Army Corps of Engineers. It will be restored to the original design by Spring 2023 using funds raised by the Friends of the Prado Dam Mural, the Bicentennial Freedom Mural Conservancy and contributions from local businesses. 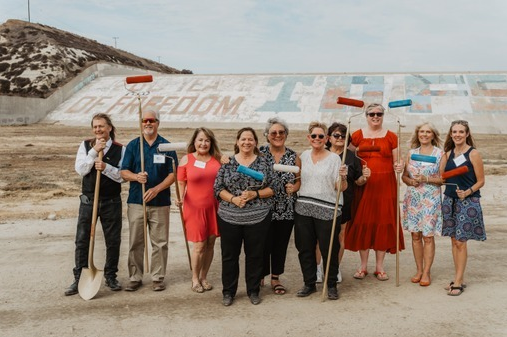 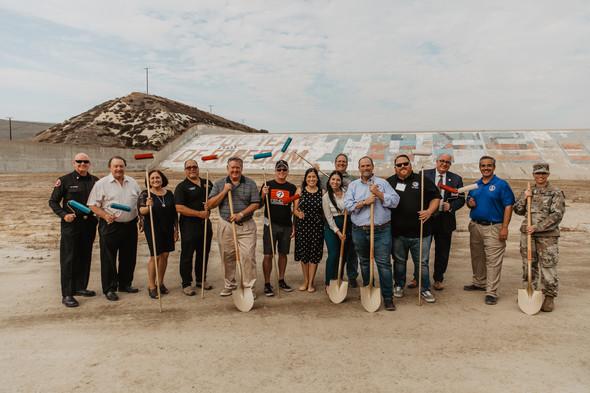 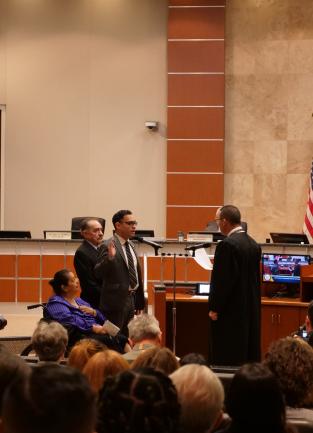